Centered around the community of Matador, Texas, the sprawling Matador Ranch is steeped in history and today remains one of the most historic ranches in Texas, along with the King Ranch, Waggoner Ranch, 6666s Ranch and Pitchfork Ranch.

In December 1882, the Matador Land and Cattle Company was formed by a Scottish syndicate, which acquired approximately 1.5 million acres in Motley, Floyd, Crosby, Dickens and Cottle Counties. By 1951, the acreage had been reduced to approximately 800,000 acres, which was sold to Lazard Freres and Company of London. This development company subdivided these massive holdings and in 1952, Fred C. Koch, co-founder of Koch Industries, Inc., purchased the Matadors Flying V cattle brand and the 50 horse brand, which had been used by the Scots duri... 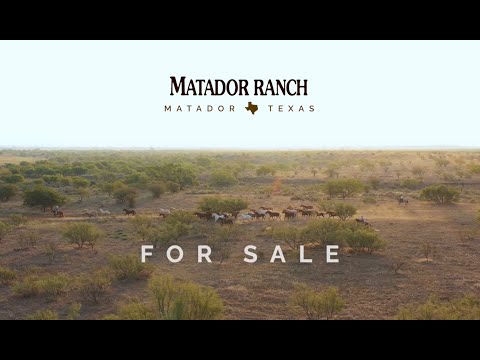