Historical recollections and facts regarding the ranching industry throughout Texas are of great intrigue, not the least being those outfits carved out of the old Comanche and buffalo haunts of the Texas Rolling Plains. They represent a legacy long past, of a wilder land and wilder people, and one where the voices of yesteryear emanate from the canyons and prairie land, as the restless stirrings of coyotes and whitetail deer resurrect visions from our past in this region often referred to as, The Big Empty.

We are proud to offer for sale a sizable piece of this legacy in King County, a property whose original ownership dates back to 1898, and is still maintained as a well-managed cattle ranch in the mold of older times. 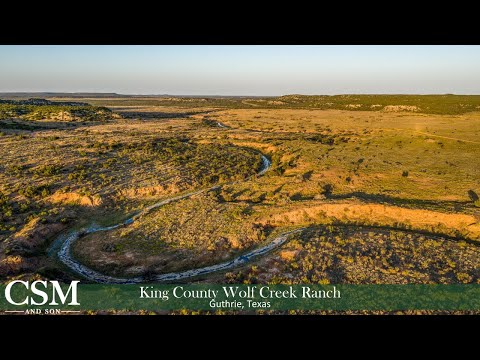